Advancing Equity with our Partners/Constituents 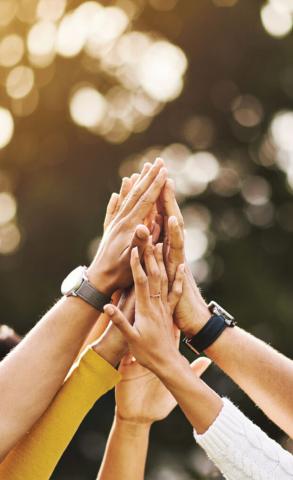 institution, or business alone can address the myriad of issues and close the gaps that contribute to disparities in education, health, and economic mobility. The inequitable society that we live in today is the product of years of institutional policies and systems that were created to favor one group of people over another. Such complex and layered practices can only be undone through sustained advocacy, partnership, and collaboration across a variety of sectors that have a vested interest in creating a more equitable society. United Ways are boundary spanners, able to work across sectors to engage business, the nonprofit community, government agencies, and community residents. Our position is ideal for implementing meaningful change in communities. Yet, we will not be able to effect lasting change unless we work with our partners across all sectors. Effectively engaging partners and working cross-sector to achieve racial equity requires an understanding of partner priorities, which vary within and between organizations.

Unequal access to quality education, affordable housing, good health, and better jobs are significant barriers that prevent and have prevented communities, particularly low-income communities of color, from achieving their full potential. Creating and sustaining equitable conditions within our communities can contribute to the health and success of our nation as a whole. Community driven solutions are crucial to advancing equity to ensure that it is not solely an outcome but also a process where all residents’ voices are heard and valued to achieve any desired outcomes. With a history of engaging community members to develop and strengthen our impact work, United Ways are well equipped to work with residents to make sure that they play active roles in creating more equitable communities.

Similar to the United Way network, our partners within the nonprofit sector are recognizing that they cannot achieve their organizational goals and/or desired community outcomes, without addressing equity both internally and externally. The path that nonprofits are taking to become more equitable vary across the sector and based on organizational priorities. The strategies can include everything from diversifying hiring practices and board membership to represent the communities that they serve to using data to assess needs and set relevant goals. Additionally, the philanthropic community is increasingly requiring grantees to explore and address equity through community partnership, engagement, etc.

The entry of a younger and more diverse generation of potential donors into the workforce, many of whom want to actively be involved on global and national issues - presents a largely untapped reservoir of advocates, volunteers, and investors in United Way’s community impact work. However, we must consider that these prospective donors are available to us only if the issues we work on are relevant to them, we have meaningful ways to engage them, and we know how to reach them where they are.

Changes in the workforce, technology, income inequality, and the demographic makeup of the United States have transformed how individuals give to the causes that they care most about. Today’s donors are more likely to give online (as opposed to the workplace), to give to specific causes, rather than trust someone to invest their dollars for them, and desire to be engaged directly, through volunteerism and advocacy, in the work to improve their community. Persistent and growing income inequality has resulted in the further and extreme concentration of wealth that has created a class of donors able to give multi-million-dollar gifts even while overall giving has declined. And growing demographic diversity in the U.S., fueled by immigration and birth patterns, is creating a younger generation that is majority people of color.

The changing donor landscape presents both a challenge and an opportunity for the United Way network. Historically, United Way donors have been primarily white and male. Engaging a more diverse base of donors is critical to the long-term financial health and viability of United Ways. The entry of a younger and more diverse generation of potential donors into the workforce, many of whom want to actively be involved on global and national issues - presents a largely untapped reservoir of advocates, volunteers, and investors in United Way’s community impact work. However, we must consider that these prospective donors are available to us only if the issues we work on are relevant to them, we have meaningful ways to engage them, and we know how to reach them where they are. The transition to an information economy and economic downturns exacerbated by persistent, systemic inequities have resulted in younger generations who are less certain of their economic future than older Americans. Engaging young donors specifically will necessitate having an impact agenda that is grounded in these changing economic and social realities. The challenge will be to maintain older, white and wealthier donors, many of whom have been the beneficiaries of past and current systems that perpetuate inequality, and who often have a very different lived experience than many new and prospective donors.

According to the W.K. Kellogg Foundation, by 2050 people of color will represent the majority of our country’s population, workforce, and consumers. The potential social and economic opportunities for our corporate partners are endless if they effectively address this shifting population and work to close the racial equity gap. For example, in the U.S. alone, addressing equity would generate an additional $191 billion spent on food, $500 billion on housing, $52 billion on apparel, $259 billion on transportation, and $77 billion on entertainment each year (IBID). To respond to and effectively capitalize on the changing demographics, our partners must develop new strategies to develop and nurture diverse talent pipelines, engage employees, and deepen investments in the communities that they serve.